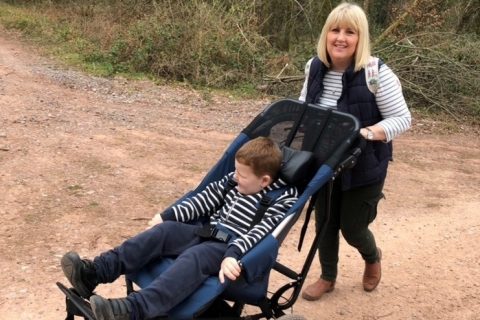 Living with a disability

One in 10 children in the UK have mental health issues with the figure sharply rising to one in three in children with a learning disability, with 36 per cent having a diagnosable disorder. Research by the National Autistic Society also suggests that as many as 71 per cent of autistic children develop mental health problems.

Planning how to spend the summer holidays can be complex when you have a child with a disability who relies on certain pieces of equipment just to make everyday life doable. Yet the benefits of being able to get out and feel socially connected can have a huge impact on a child’s mental wellbeing which in turn contributes to good mental health.

There is no denying that good mental health and high levels of mental wellbeing are inextricably linked. The Department for Education advises that the two key elements for mental wellbeing are feeling good and functioning well. Feeling good refers to the positive emotions that are fostered from feeling safe and feeling engaged as much as feelings of happiness, contentment and enjoyment. Functioning well includes having positive relationships, feeling socially connected, feeling in control of your life and having a sense of purpose.

One of the key factors that promotes and maintains wellbeing is being able to forge friendships and join in with activities. But this can be more of a challenge for children with disabilities, which can lead to isolation for the child and their family as well as resulting in a loss of independence.

Lack of access to the right kind of equipment can stop a child from having the independence that is so vital to their mental wellbeing. Newlife the Charity for Disabled Children provides thousands of children with the equipment they need to allow them to have that independence.

Equipment like wheelchairs, buggies, mobile hoists and specialist travel beds can allow families to spend quality time together away from the home, contributing to the positive mental wellbeing of the whole family.

Caroline Selwood, the mother of a 10-year-old with a rare form of Muscular Dystrophy sums it up: ‘There is a risk that children who don’t have the right equipment can become ‘passive onlookers’ – looking on while children around them play and form social groups. My daughter is a naturally curious child so for her to lose her independence would be devastating.’

Caroline’s daughter, Beth, needed a new powered wheelchair, having outgrown the one she had come to rely on – but with no funding available for a replacement, there was a risk that she was going to have to use a manual chair, forcing her to rely on an adult to push her around. Caroline was seriously concerned about the impact this would have on Beth’s mental wellbeing, but things are looking up now she has a powered chair from Newlife and she has recently started at a new specialist school that will help her learn the skills she needs for life.

Coping with pain can also have a huge impact on mental wellbeing – frustration and anxiety can not only be caused by the actual sensation of feeling pain, but also when being in pain stops us from enjoying the things we love.

Eight-year-old Coby Stafford suffers with Hypermobility which causes him pain and means that he tires easily – without a specialist buggy the family were all missing out on quality time together which was starting to have a negative impact on their mental wellbeing.

Since the arrival of the buggy, things have changed. ‘We are happy, it’s as simple as that,’ says Coby’s mum, Tracy. Coby has profound Autism – he and his family love to spend time in their local woods. It’s quiet and there aren’t lots of people around, so Coby feels more at ease with his surroundings.

Tracy says: ‘Having the Buggy has been life-changing for us – we are able to look forward to our weekends again and we all feel fitter and healthier. For Coby, it means that he has been given the freedom to be himself in an environment he loves.’

Coby and his family are now looking forward to Coby’s first ever holiday – they are all off to the New Forest to visit the area where Tracey grew up and are planning lots of trips to the beach and walks in the woods. It sounds like such a simple thing to be able to do, but without the right equipment, not only would the Stafford’s struggle to enjoy their leisure time together, but even simple things like getting to the shops could feel overwhelming.

Gemma Platts’ son Harry has Microcephaly, Epilepsy and severe Global Developmental Delay – he has to sleep in a specialist bed for his own safety, so something as simple as a night at his Grandparent’s house was out of the question, let alone a family holiday.

‘Harry’s brother and sister would often go to their grandparents for a sleepover – but he had no choice but to stay at home. Although he can’t speak, he understood that he was been left behind and it felt so unfair. We were so desperate for him to have as normal a childhood as possible,’ Gemma says.

‘Going away as a family was just unthinkable – and for my other children that was hard. They wanted to have holidays like their friends.’

A specialist travel bed called a Safespace Voyager, provided by Newlife, has allowed Harry to join his brother and sister at their grandparents, which has in turn given his mum and dad the chance to rest and recharge. They are now planning their first proper family holiday later this year.

For countless families, having the right equipment has had an incredibly positive effect, opening doors that otherwise would have stayed shut. Simple things like being outside and away from the home and having the independence to make your own choices, are just some of the positive things families have been able to do to improve their mental wellbeing. 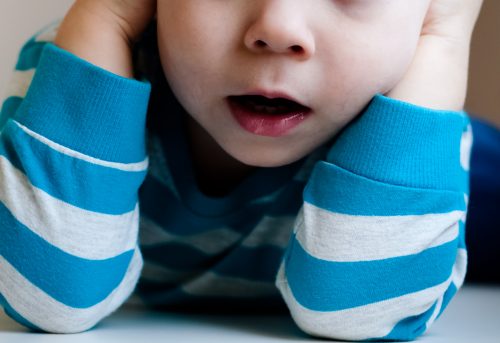 The ability to pay attention affects a child’s daily life, especially at school, where bei… 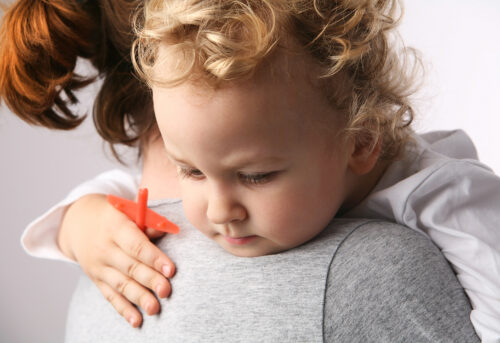 Travel sickness is miserable and messy, and it can wreck your family holiday before it’s e… 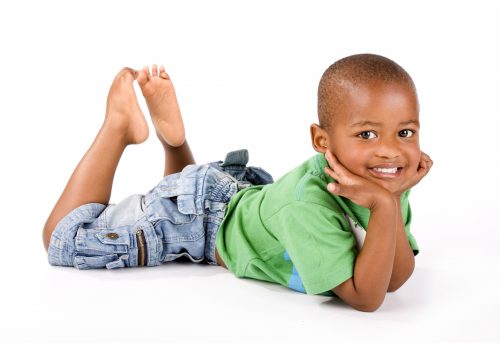 Are we going too far in our drive to boost our children’s confidence, and giving them too …