Sibling rivalry can be relentless, but an Australian paediatrician has come up with a revolutionary way to knock it on its head! Dr Daniel Golshevsky ­ otherwise known as Dr Golly ­ says mums and dads should ‘swap’ roles once baby number two comes along, with dads looking after the newborn almost entirely. 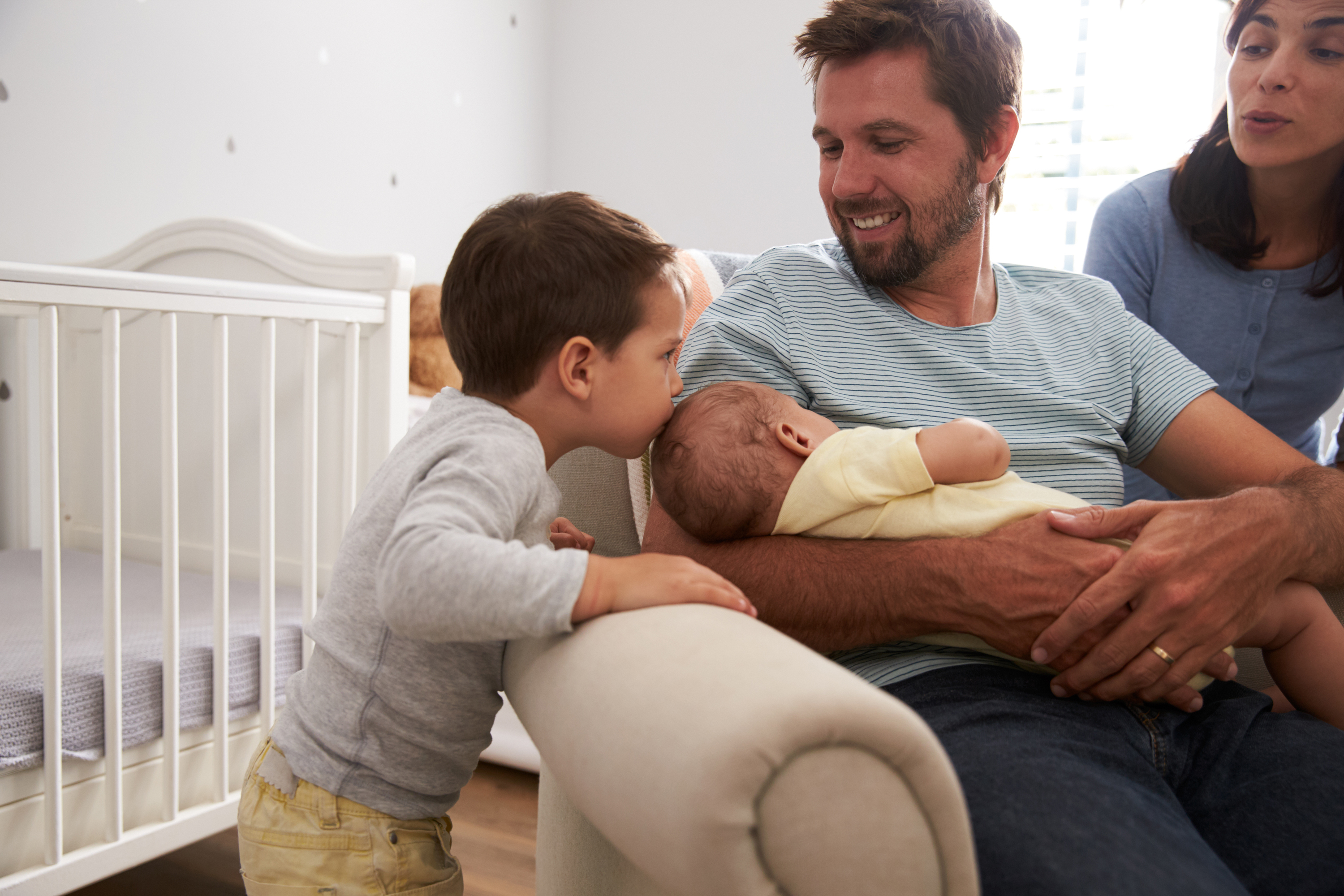 Dr Golly has become well known in Australia for his ‘parent whisperer’ baby settling techniques. But he’s not only a sleep expert: he’s a firm believer in the welfare of the whole family, and when it comes to a newborn he says fathers are the key to success.

‘One of the most common observations from parents, following the birth of a second child, is that the older child’s behaviour deteriorates,’ he says. ‘It usually occurs when the new addition reaches three months of age. Sleep-deprived parents can find themselves with little tether, quick to anger and struggling to juggle the demands of an expanded family. In short, they become cross parents.’

‘But if parents swap parental roles almost entirely, it’s dad who takes care of the newborn while the mum manages the toddler,’ adds Dr Golly. ‘The only thing a father cannot do is breastfeed the new baby, but everything else is not only possible – it’s actually preferable.

‘If dad performs all the baby duties, from winding to changing, and settling to bathing. mum is free to rest, replenish milk if breastfeeding, recover from the pregnancy/birth and importantly – spend consistent, quality time with her toddler.

‘This doesn’t in any way dent the mother-baby bond, nor does it diminish the father-toddler connection,’ stresses Dr Golly. ’But it does bring parents closer, with more collaboration and communication within the family unit, and it also reduces maternal and paternal postnatal depression. Studies have shown that dads’ brains change when they care for their newborns, so I’d urge all parents to give cross-parenting a chance. You’ll never regret it.’

Dr Golly sleep programmes are available via his website, starting from £59.

Previous Dream destinations
Next Don't leave home without it!