Health professionals are voicing concerns about the degree of air pollution affecting young children in many areas of the UK. Nine in 10 say air pollution is harming children in their areas, and that parents and the public need to be better informed. 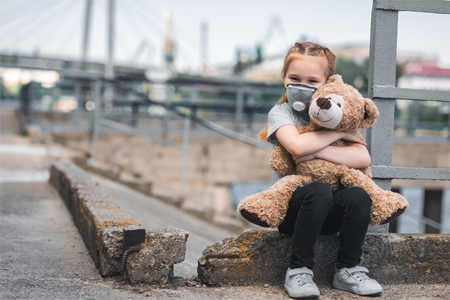 Mike Penrose, executive director of Unicef, which carried out research with the Royal College of Paediatrics and Child Health, described UK children as being in the grip of a public health emergency. ‘Children have a fundamental right to grow up in a clean and safe environment. The persistent, illegal breaches of air pollution limits across the UK are an unacceptable violation of this.’ A record number of asthma death and a significant reduction in intelligence among children growing up in polluted areas have together prompted Unicef to make protecting British children and young people from toxic air a priority this year.

The UK is home to more children suffering from respiratory conditions than anywhere else in Europe, claims Mike Penrose. Every 20 minutes a child experiencing an asthma attack is admitted to hospital. Last year it emerged that children were absorbing a disproportionate amount of dangerous pollution on their way to and from school and while in the classroom. One school was found to have levels several times over the WHO guidelines for the most damaging particulates inside several of its classrooms. Some regional authorities, such as those in London and Manchester, are taking steps to tackle air pollution, but central government has been widely criticised for its lack of action.

The new strategy includes fresh targets, extra powers for local government and a confirmation that new primary legislation on air quality will be introduced.

Previous Are we nearly there?
Next Technology honey trap