The amount of time children spend on devices has less effect on how long and well they sleep than most parents may think, claims new research from Oxford University. 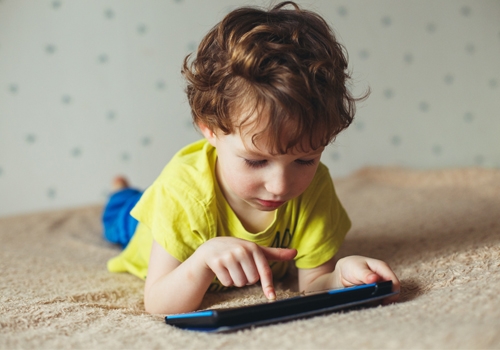 The study claims that every hour of screen time may be linked to between three to eight fewer minutes of sleep a night. Including more than 50,000 children between six months and 17 years old, the study looked at time spent on computers, mobile phones, handheld video games and other electronic devices, as well as watching TV.

The author of the study commented that: ‘Focusing on bedtime routines and regular patterns of sleep, such as consistent wake-up times, are much more effective strategies for sleep than thinking screens themselves play a significant role.’ And a spokesman for the Royal College of Paediatrics and Child Health said phones, computers and tablets are a ‘great way to explore the world’, but parents are often made to feel that there is something ‘indefinably wrong’ about them.

Meanwhile, the US National Sleep Foundation has told parents that it is important to stop children using electronic devices before bedtime because the blue light emitted from screens can delay the release of sleep-inducing melatonin.

Confused? The RCPCH has published a series of questions to help families make decisions about their screen time use: