The way you parent can have a huge impact on your children, and on your relationship with them. It can bring you into conflict with your partner too, even though you may both try hard to present a united front. So it’s important to try to get it right.

Is there a right and a wrong way to parent? Psychologists have identified four basic approaches to parenting, which depend on whether you have high expectations of your kids or you are more relaxed, as well as whether you tend to be willing, or unwilling, to negotiate. Parents are responsive and demanding making them authoritative, or responsive yet undemanding resulting in a permissive style. The other two approaches are uninvolved (resulting from undemanding and unresponsive) or authoritarian ( demanding and responsive).

Research suggests that authoritative parenting, where you set boundaries but are willing to explain and negotiate them, works best. The least helpful parenting is the uninvolved style, where parents just don’t engage. But while most parents can recognise that an authoritative style is ideal, they may also be drawn to being naturally more permissive or more authoritarian depending on their own upbringing.

Both of you should be honest about which issues you feel really strongly about and which can you give way on.

How we raise our children is influenced by how we were raised ourselves: this is such a fundamental part of who we are that we don’t tend to examine it or question it until we become parents and encounter ideas which conflict with our own. Because your ideas about how to parent were formed when you were a child yourself, you need to recall and examine them. Some you will want to hold on to, and you may want to let go of others.

You and your partner will need to compromise because it’s unlikely you will have exactly the same ideas about parenting. Both of you should be honest about which issues you feel really strongly about and which can you give way on. Make time to discuss these together, and make sure you both listen to both points of view!

Parents are generally anxious to present a united front so that they don’t contradict each other or argue in front of the children. The good news is that research suggests that while at least a third of children behave aggressively after watching parents argue, this response all but disappears if the children see the argument resolved. So it’s fine to disagree on occasions, particularly if the disagreement leads to a resolution and everyone makes up at the end!

Children are excellent barometers of parental conflict, only too willing to exploit differences to their own advantage. You need to build a united front, not only for their sake, but for your own.

CHOOSING YOUR OWN STYLE

Take time with your partner to discuss your own answers to the following questions. This sharing of background is the first step in identifying your own values and building a joint approach. Try to find areas you agree on – also notice areas of disagreement – and see if you can reach a compromise. It can help if you consider what you think is best for your children.

Although children need boundaries and to learn to live within your rules, they also have to learn that different people have different expectations. Kids are pretty good at working out which rules apply where. So it doesn’t matter if you disagree on occasions: what matters is that you agree on your fundamental values, that you respect each other’s styles, and that you deal with any differences in an open and constructive way.

Children are excellent barometers of parental conflict, only too willing to exploit differences to their own advantage. You need to build a united front, not only for their sake, but for your own.

If you find you are arguing about parenting issues quite a lot, it’s really important to take time out and work this through. Ask yourself whether one of your children is pushing a wedge between you – this is very common. A good idea is to talk things through with a neutral third party, such as another parent or friend whose views you both respect.

Counsellors are also helpful – you don’t need to be on the verge of divorce to go and talk parenting issues through, in fact the earlier you bring issues to counselling, the better.

My partner thinks it’s fine for the kids to have a packet of sweets when they come out of school but I don’t like it.

What, when and how you feed your children can be a huge source of conflict. Food is a big issue in our society: that’s one reason why we have some teenagers with anorexia and others who are obese. Current thinking suggests that it is not a good idea to create associations between rewards and food.

You and your partner need to talk about the role that food played in your lives when you were growing up. Was it given as a reward for good behaviour? Were you forced to eat everything on your plate? Try not to make food an emotional issue for your kids.

Possibly the most balanced approach is that, while eating well is important, the occasional treat is fine. It’s probably not a good idea to make sweets a regular part of your daily diet, but the occasional packet won’t do any harm.

My partner is really pushy about the kids doing well at school, and wants to get them coaching so they will get into the best university. I think it’s more important that they are happy now.

Sit down with your partner and talk about where your ideas of success and failure come from. What values did your own parents stress? Was money or status seen as important? How were you rewarded for success?

Research suggests that children are motivated by praise for effort rather than for achievement. Understanding this might help you and your partner find a balance.

When I’m at home with the kids, I like to limit the amount of TV they watch, but when my partner is in charge he will happily sit and watch TV with them for hours. It feels like he is undermining me.

It’s ok to have different rules for the kids when you are solely responsible, as long as you support each other. So Dad can let them have TV time when he is in charge, but he should back you up in your limiting of TV when you are in charge.

Problems occur when one partner becomes known as the ‘strict’ parent and the other the ‘indulgent’ one, as this will create resentment. If you feel this is happening, sit down and agree which issues you will both be firm about, and where you will agree to differ.

Imagine your child wants a sleepover, and she asks your partner as she knows he is inclined to be more permissive and agree.

But he knows that you are more naturally authoritarian and might say no, realising it will undermine you if he agrees. So he says: ‘Let me talk to your mum first’.

You and your partner then discuss your misgivings about the sleepover, and come up with a list of requirements which will help to remove your anxieties: for instance, talking to the friend’s parents about where your child will sleep and discussing who is in the house, agreeing boundaries around snacks and bedtimes and so on. Some of this discussion can also include your child.

The end result is that your child has her sleepover, which would not have happened if you had been solely in charge. But it is a better-organised and safer arrangement than it would have been if Dad had made the decision on his own. 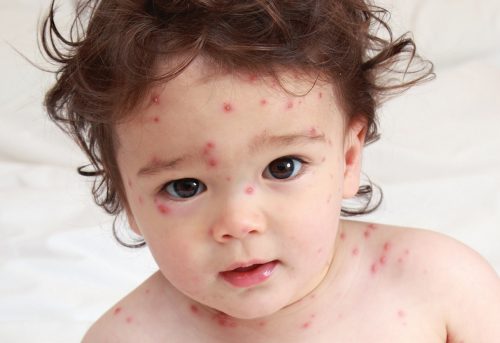 5 tips to soothe your child when they have chickenpox

The varicella zoster virus (VZV), better known as chickenpox, is one of the most common il… 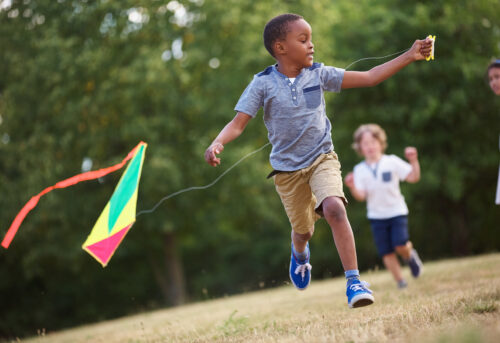 10 massively fun things to do before you're 7!

Is your family feeling cooped up? Now is the time to get out and about and do something ad… 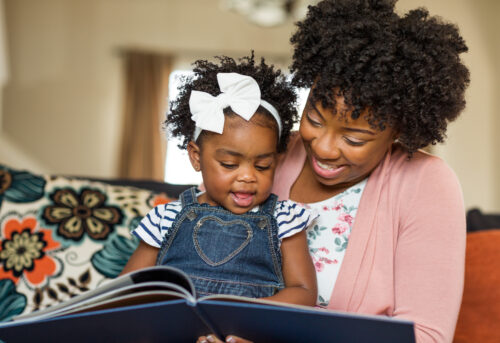 The ability to listen is fundamental to children’s learning, and even to their safety and …